At least that's what the owner tells us. Before I get started, here are the specs:

I was asked to "help finish" this aquaonics project east of Marshall some time in May.  What I didn't know was that there was only the medal frame and slab in place.  So, it was a loooong hot summer for me and a few of my fellow compadres as we worked to add 4'X16' polycarbonate panels up to 30 feet high, vents, fans, rigging, 50 foot evaporator cooling system... I've tried to figure out some unit of measure to compare it to other GH builds. I wonder if it would surprise anyone if I said I probably used 100-150lbs of 1" & 1 1/2" self tapping Tek screws in the construction of this very complex 60' X 100' greenhouse? 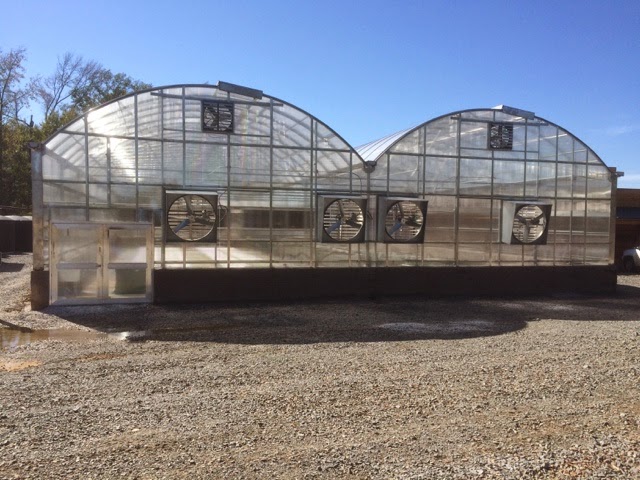 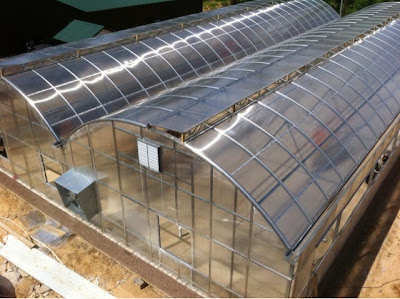 And for those who've read some of my other posts, I like to start at the beginning and show my progress as the project completed. 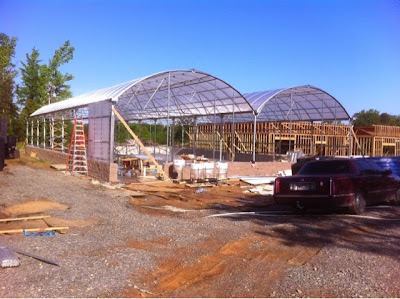 The top panels are in place, the top vent in installed, and just beginning to install the side panels. 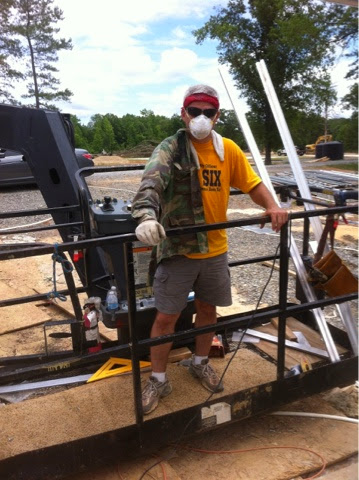 This is my "panel cut out garb". I had to cut out big sections of panels for side vents, doors, and evaporator wall.  This was very unpleasant. 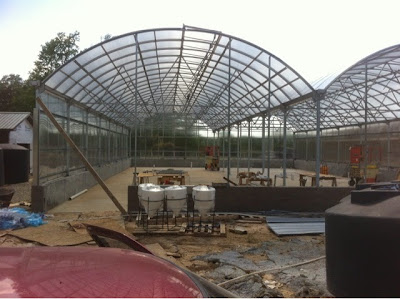 Three walls are now complete (the vents have yet to be cut out in this picture). Notice how wet and muddy many (most) of the pictures reveal.  I was surprised with how often it rained out east. 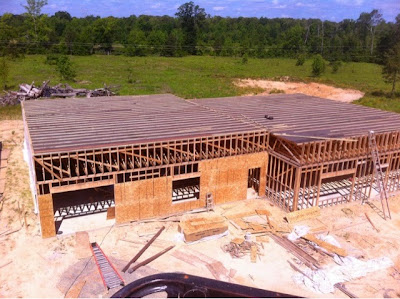 Here is the other part of the system. The Fish House once framed out will add more than 4000sf' to the system.
Happy Gardening...