So I've decided to venture out from "starter" IBC setups to provide custom Aquaponic designs.  Brent had this spare irregular space on the back side of his patio and he asked me, "Hey, do you think this space is good for anything". To which I replied, "Have you every considered putting an Aquaponics system in that space". Well, an idea was born for a 400+ gallon three 8x3 media bed Aquaponics (CHOP) system.

Here's the before picture. 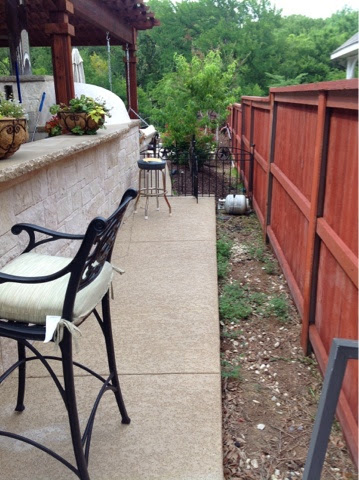 Here's are some construction shots:

I used a 275 IBC for the fish tank and painted it to protect the plastic. 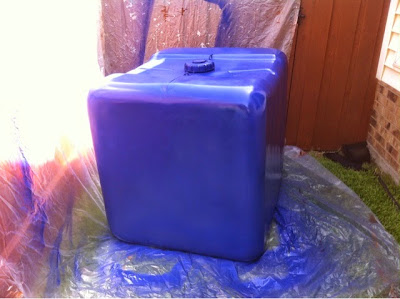 The construction started with digging a hole for the IBC (fish tank)
in order to be buried at least two feet deep for insulation effect. 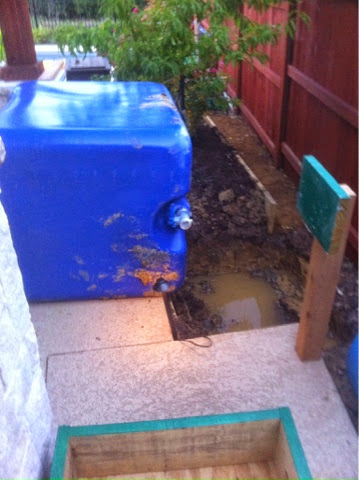 Notice the 4x4 with a spare piece of 2x10, this represented
the over all height of the media beds... 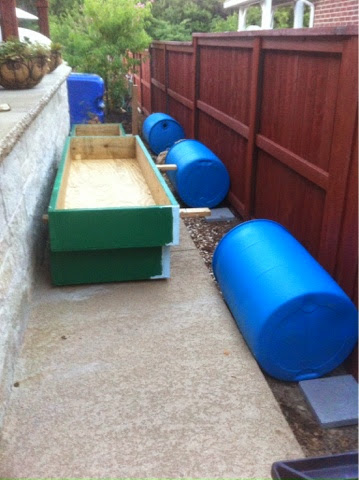 Then I began to plumb the sump tanks which I configured
one under each bed, all cross connected, each progressively
deeper that the other one so that the main sump (which
houses the pump) was the lowest point of the sumps to ensure
water supply.

The sumps before connecting the 2" PVC. 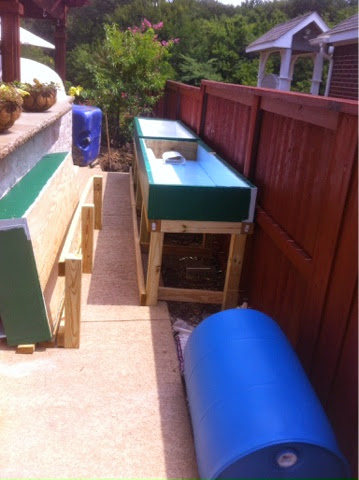 I build beds with 2x12x8 treated lumber, 3/4" treated
plywood for the bottom.


The beds are built over the sumps after the plumbing is complete.
Strong recommendation on completely testing the plumbing
before you put media beds in place.  Trying to work under the
beds in tight spaces will surely make you appreciate testing ahead
of time.

Here is the plumbing roughed out (not glued). Notice I don't
have it connected to the fish tank yet. I used 1/2" crushed
granite ("Texas Pink") which when wet looks very pleasing. 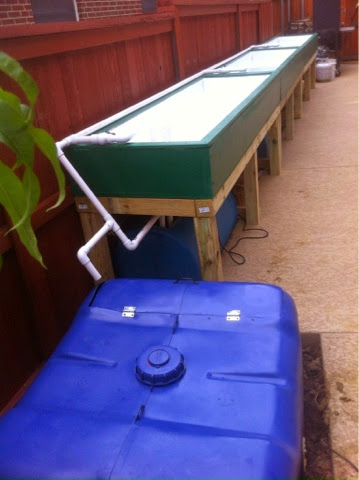 And so after lots of plumbing adjustments, here is the final project.
Notice the panels on the front which are left over fence pickets
cut and stained to match the fence behind the AP system. 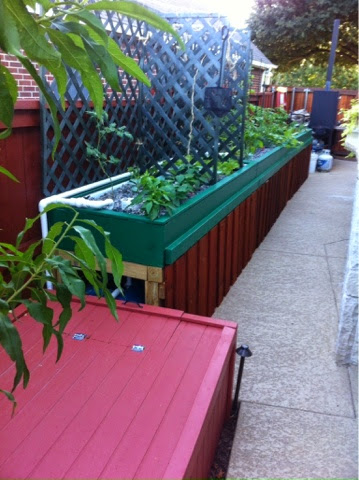 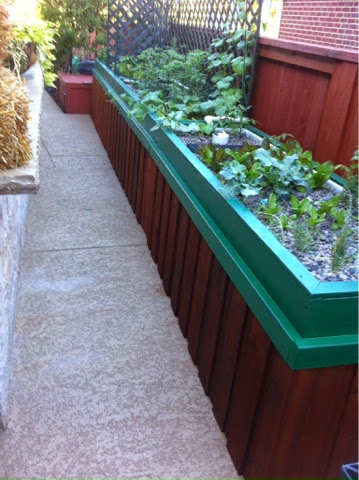 You will find that there is no such thing as a finished A/P system.  There are many additional things that can be configured with a home system. In Brent's case, next we're working on a removable PVC/plastic greenhouse for the winter months so he can keep growing. We'll add tank heaters, electric blow heaters under the beds and under the green house.  Stay tuned for the winter setup pictures.  Next year I'm adding a solar backup system to ensure his system stays functioning during any power outages.

And to top it all off, Brent has allowed me to give a tour of his system any weekend. We're located in Lewisville just north of Main St and 35E.  Email for a tour. Happy growing!

Email ThisBlogThis!Share to TwitterShare to FacebookShare to Pinterest
Labels: Aquaponics